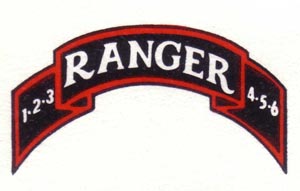 
Many times over the years, I have been approached by aspiring writers to relate to them some of my personal experiences. Almost always, I have been disappointed by their approach. As yet, none of them has captured the essence of being a Ranger. Always they try to capture it with personal experiences and nearly always, miss the story of the magnificent three thousand. Six battalions - roughly 500 men in each battalion-three thousand men total with a history so glorious that no other group of any size has been able to duplicate it. From the first action at Dieppe, France by ten per cent of the 1st Battalion to the brilliantly planned and executed Cabanatuan Raid by the 6th Ranger Battalion, from the spearheadings of the 1st, 3rd, and 4th Battalions to the crowning accomplishments of the 2nd and 5th Battalions at Pointe du Hoc and Omaha Beach.

Think of it. Both theaters of war. One cannot number the campaigns, battles so numerous that one merges into another, raids that have been publicized and glorified in books and movies, and the countless patrols in, around, and through enemy lines.

Now, if you take any one experience and make it stand alone, it will fade into insignificance. But, if you view them together and realize that all this was accomplished by three thousand. I did not take part in all of our history, but by virtue of being one of the three thousand, that history is mine. I'm as proud of the experiences of my buddies as I am my own. Their experiences are my experiences.

Each of us taken alone becomes lost in insignificance, but taken together, we become a hero of gargantuan proportions. So, it behooves those few of us who are left to perpetuate the memory of what has been accomplished by the magnificence of the three thousand, rather than getting lost in the pettiness, the loneliness, the smallness of our own little part.

Come on! Let's enjoy being heroes - an important one of the three thousand.

The RBA was consolidated with the Sons & Daughters Organization in October, 2011, to form the new organization: THE DESCENDANTS OF WORLD WAR II RANGERS, Inc.