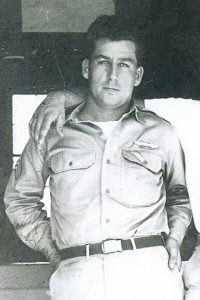 Daniel D. Farley, Jr., 91, passed away peacefully at The Carpenter House, St. Joseph’s Hospice on December 30, 2017. He was born May 6, 1926, in Kayford, District of Cabin Creek, West Virginia. Mr. Farley was one of the “Greatest Generation,” a decorated WWII Army Ranger, 5 th Battalion, Company A, and a D-Day survivor of landing on Omaha Beach in Normandy, France; Battle of Zerf, the Battle of the Bulge and numerous others. He was a long-time resident of Dallas, Texas, and Gaithersburg, Maryland. He retired and moved to Baton Rouge and lived there until he became a resident of Louisiana War Veterans Home in Jackson, Louisiana.