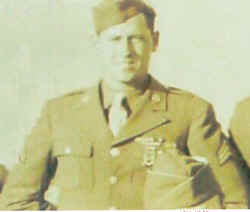 My Father grew up a very poor man, but in his short life, he was very rich in service to his country. I was riding with my Father when the accident happened at one year old. I did not have the honor to grow up with him, but I promise to honor him and all Rangers until the day I die! I know in my heart, he would be proud of me! He is my hero!