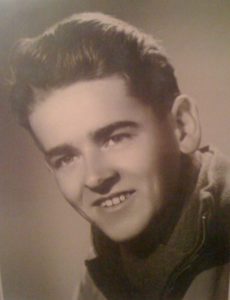 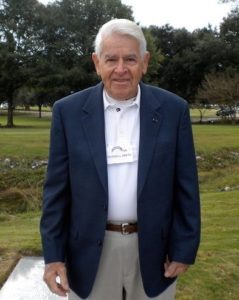 A native of East McKeesport, PA, born to Russell Clayton and Ida Mary Smith, he grew up in East McKeesport, PA, and graduated from East McKeesport High School. Mr. Smith was a World War II veteran serving in the United States Army. He was a Ranger, a member of the First Special Services Force and served in the European Theatre. He was awarded combat infantry badge and Bronze Star. He received the Purple Heart with one Oak Leaf Cluster, the European African Middle Eastern Service Medal with four Bronze Stars and one Bronze Arrowhead. He was recalled for service during the Korean Conflict and was stationed in Germany.

Mr. Smith moved to Albany, GA in 1970 from Atlanta, GA was employed with Fruehauf Trailer Corporation for thirty seven years and retired in 1988.

Survivors include his wife of sixty seven years, Dorothy J. Smith of Albany, GA, a daughter and her husband, Bonnie Smith Tyler and David A. Tyler of Thomaston, GA, a son and his wife, James R. and Judy Smith of Huntsville, AL, two grandchildren, Matthew Tyler and his wife, Kristy of Lancaster, CA and Hayley J. Tyler of Thomaston, GA many nieces and nephews. He was preceded in death by two sisters, Laverne Racko and Jeanne O'Neil.

The family will receive friends one hour before the service at the parlor of Porterfield Memorial United Methodist Church. Those desiring may make contributions to Porterfield Memorial United Methodist Church, 2200 Dawson Road, Albany, GA, 31707, to the Wounded Warrior Project, 4899 Belford Road Suite 300, Jacksonville, FL, 32256 or the American Cancer Society.