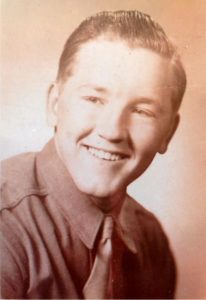 Torrington, CT - Joseph J. Gryniuk, Sr., 90, of Hickory Road, passed into the arms of his loving Savior, Sunday, March 2, 2014, at Charlotte Hungerford Hospital. He was the beloved husband of fifty-eight years of Frances B. (Arnista) Gryniuk.

Mr. Gryniuk was born in Harwinton on August 1, 1923 son of the late Anna Miniuk and was a lifelong Torrington resident. He was a proud WWII U.S. Army Veteran and was a member of The First Special Service Force, which was the first unit to march into Rome during its liberation. Joe’s unit is now in the process of being awarded the Congressional Gold Medal for their service during that campaign. During the years following WWII, Joe and his wife Frances attended many annual reunions, including his 66th . They visited Italy and France with the FSSF Association, on both its 40th and 50th Anniversaries, visiting battlefields and cemeteries of fallen soldiers. He was a past State Commander of the Polish Legion of American Veterans, a member of the State VFW and more recently served as Honorary Parade Marshall of the Torrington Memorial Day Parade. 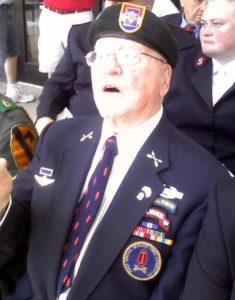